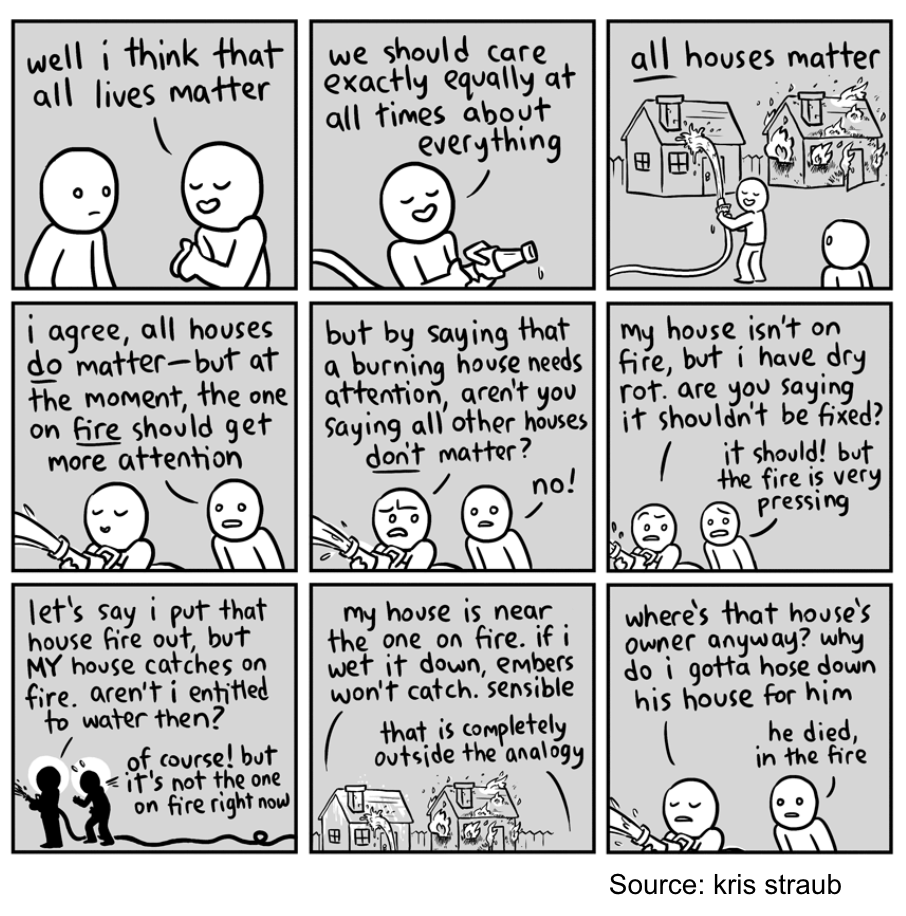 When we say Black Lives Matter, we are broadening the conversation around state violence to include all of the ways in which Black people are intentionally left powerless at the hands of the state.  We are talking about the ways in which Black lives are deprived of our basic human rights and dignity. #BlackLivesMatter is a movement that is working for a world where Black lives are no longer systematically and intentionally targeted for demise.  We affirm our contributions to this society, our humanity, and our resilience in the face of deadly oppression.  We have put our sweat equity and love for Black people into creating a political project–taking the hashtag off of social media and into the streets. The call for Black lives to matter is a rallying cry for ALL Black lives striving for liberation. (Source: BlackLivesMatter.com)

"#BlackLivesMatter was founded in 2013 in response to the acquittal of Trayvon Martin’s murderer. Black Lives Matter Foundation, Inc is a global organization in the US, UK, and Canada, whose mission is to eradicate white supremacy and build local power to intervene in violence inflicted on Black communities by the state and vigilantes. By combating and countering acts of violence, creating space for Black imagination and innovation, and centering Black joy, we are winning immediate improvements in our lives."—Blacklivesmatter.com

These are the events that inspired the movement:

The following resources provide a timeline of the events leading up to the Black Lives Matter movement: